I am attempting to use an SSO product with the login page. The conversion of the password from clear text into an encrypted password is causing problems. The SSO product attempts to automatically submit the form. This fails because the password has not been encrypted. There does not appear to be a java function that I can call via the SSO product to force the submit to occur by encrypting the password. Does anyone know if there is a particular function I can call?

The alternative would be to remove the encryption from the login page. Is this possible? This environment is not a production environment and contains no patient data, so I am not concerned about the security.

Thank you. Any help would be appreciated.

SSO product… You really are going to need to tell us more about your setup and the programs that you are using to be of much help.

PHP has built in "md5" and "crypt".   But perhaps you knew that already?

I may be missing something here but you will not likely be permitted to use SSO in any electronic health record because HIPPA and "Meaningful Use" requirements going on in the future.  We are discussing reworking the login page at this time so this may be a wasted effort.

OEMR is a non-profit organization that supports the OpenEMR project.

Right now, in our Agency, we’re using Windows Active Directory for authentication. I put together a module for OpenEMR that you can inspect in the folder <oemr>/library/adldap. I too hoped to have a SSO feature but stopped due to time constraints and issues with Kerberos in Linux mixing with our ancient Windows 2000 server.

Be aware that the ADLDAP solution does not encrypt the password from the client browser to the server nor from the web server to the AD server. Since I’ve been the only person, that I know of, using the Active Directory integration piece it hasn’t been an issue. Until now.

Hey team in openemr there is any facility for sso for my web-application. 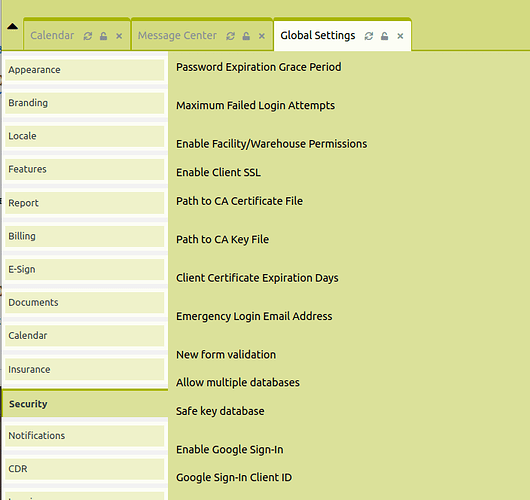