Do you use or administer OpenEMR? Take the General Satisfaction Survey to help improve the product

How to Enter Lab data?

Your questions are fine and they help to make the Wiki article clearer, should clarification become necessary. Other users probably have the same questions.

I found that if I did not configure Electrolytes in Procedure Order with the Identifying Code, the “Yes” would not appear and the panel/study could not be ordered for the patient. I generally prefer to have a range of normal values (Eye folks don’t order much labs, at least not this one. The range of normals is a memory aid.)

If you can get the “Yes” to appear with another configuration, go for it.
If it works, it’s good. If you don’t need Discrete Results, don’t do it. I did not bother with Recommendation. Some of the stuff in the article is didactic.

Regarding your attachment, I think what happened was that deleting a procedure does not really get rid of it. It’s almost like having a ghost around. You thought you killed it but it lingers. The encounter has be deleted to get rid of the ghost or “duplicate”.

thank you very much it is working fine now

The pleasure was all mine.

Brady is El Jefe. I like to think that I’m one of his aides-de-camp. 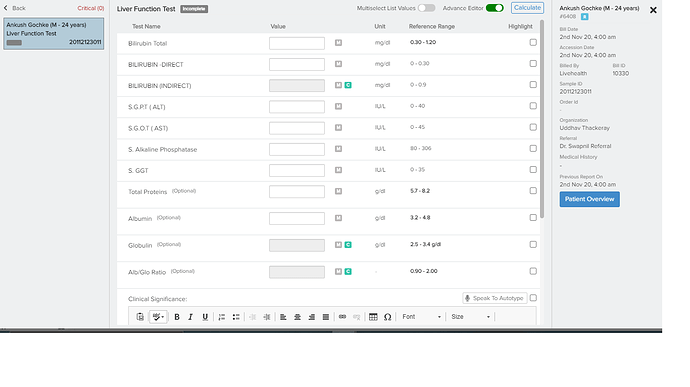 Hello I need this type of Lab report in OpenEMR. Any help would be very much appriciated.

Looking forward to your reply ASAP.